This Working Group provides guidance on dictionary content and promotes the standard among structural biology methods developers. The Working Group meets regularly with the wwPDB.

The Working Group was initially established in 2011 to enable the direct use of PDBx/mmCIF format files in the major macromolecular crystallographic software tools and to provide recommendations on format extensions required for deposition of large structures to the PDB (announced May 2013).

At a September 2011 meeting held at PDBe, the wwPDB met with key software developers to discuss the limitations of the PDB file format in its ability to support data for large structures, complex chemistry, and new and hybrid experimental methods.

Rather than designing an entirely new format, the consensus among developers was to actively switch to the PDBx/mmCIF format, particularly for use in deposition. A meeting outcome was the formation of this working group for the adoption of the PDBx/mmCIF format for deposition and as an exchange format between programs for macromolecular crystallography.

Additional meetings and workshops have been hosted at PDBe and Rutgers. 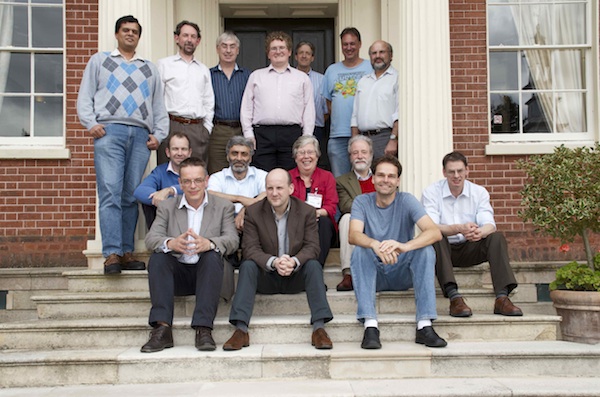